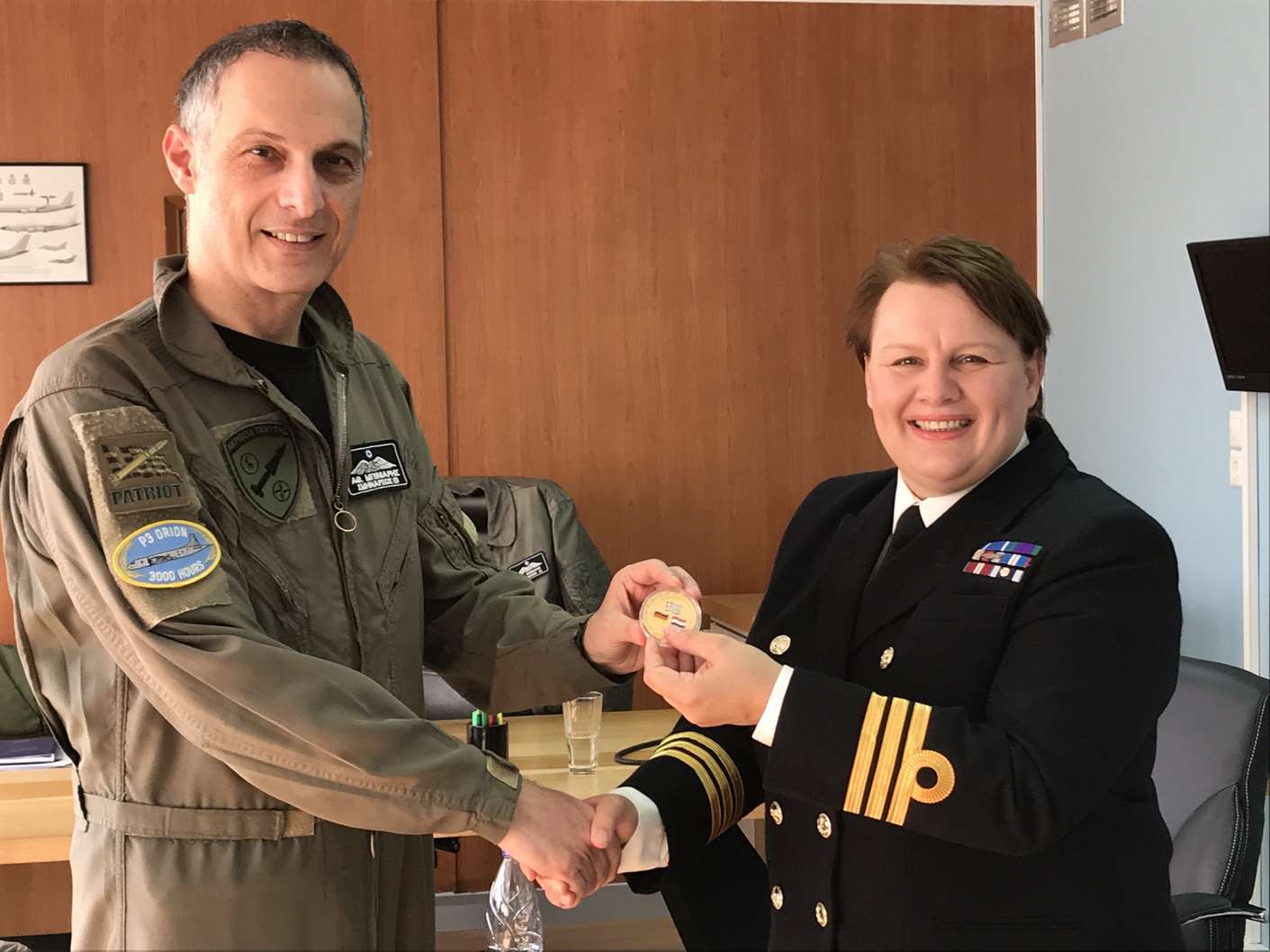 On Thursday the 30th  of January 2020, a formal meeting took place in NAMFI, by  Commander (OF4) Pauline Aird and Commander (OF4) Ian Keam, due to the HAND-OVER of the United Kingdom Forces Commanding in Souda Bay. During the visit, a  briefing was carried out, in which NAMFI’s Deputy Commander, Colonel (P) Athanasios Biniaris,  discussed about  NAMFI’s mission, activities, and subjects of mutual interest.

This building can be used for conferences or projections.

Εκκλησία (Ορθόδοξη)
Church (Orthodox)
We use cookies to ensure that we give you the best experience on our website. If you continue to use this site we will assume that you are happy with it.OkNo